NextGen LGBTQ Leaders alum Hans How (San Francisco, 2019) is leading a coalition effort in the Bay Area to pass a ballot measure allowing foreign residents the opportunity to serve on municipal and county boards and commissions. The initiative was born earlier this year when How explored serving his community by volunteering on a local board but was told he was ineligible because he was not yet a citizen. A law-abiding, tax-paying, engaged and inclusive resident who specializes in impact investing, he realized that good talent was being under utilized. He recognized an opportunity to make a civic contribution and began to organize and advocate. In June, the San Francisco Board of Supervisors unanimously supported the effort to get a new, more inclusive measure governing the criteria to serve on local boards put on the November ballot. The measure then won enough votes to move forward and Hans and his colleagues are focused on ensuring a strong victory.

This isn’t Hans’ first contribution “from the outside”. In 2017 he joined up to co-lead AsylumConnect.org, an award-winning web and app-based tech platform supporting LGBTQ people facing persecution and seeking asylum in the United States.

In 2018, Hans wrote an op-ed, published in home country’s Malaysiakini, titled LGBTQ Malaysians deserve a better future, in which he demanded that the incoming Malaysian government stop the criminalization, persecution and discrimination against members of the LGBTQ+ community. Two years later, LGBTQ+ Malaysians continue to be discriminated against and marginalised, and worse, violently attacked, arrested, caned, or imprisoned under the order of the Malaysian government…

NextGen Leaders is pleased to share that NextGen Fellow (’19) Michael Hamamoto Tribble, 28, of San Francisco, California, was named one of Forbes Magazine’s 30 Under 30 honorees in the education category. Forbes received nearly 20,000 nominations for the 2020 class of young entrepreneurs, innovators and leaders. Only 600 finalists were accepted—30 each, in 20 categories ranging from venture capital to social entrepreneurship.

As Head of Education Strategy at Google Cloud, Michael creates and oversees creative initiatives to arm young, code-writing geniuses with powerful tools and platforms. He and his team are prominent at hackathons across the globe, helping over 90,000 students access the Cloud for free at some 200 events including those at Historically Black Colleges and Universities (HBCUs), Hispanic Serving Institutions (HSIs), women’s colleges, and the Ivy League. He’s currently working to establish these and similar programs well beyond the borders of the United States, and notes that by equipping people in developing countries with the powerful tools he and his colleagues have to offer, they hope to contribute to a narrowing of global wealth and welfare gaps.

Michael is an alumnus of Teach For America, an organization and cause that he cares deeply about to this day. He still fondly recalls the day in the classroom where he learned that Google had fully-funded every DonorsChoose project in the Bay Area, including the one he had set up to help resource his middle school special education classroom. Using these experiences as a foundation for his current work, he always looks for opportunities to give back and will never refuse a conversation with current Teach For America corps members.

“It’s no surprise that Michael’s keen intellect, empathy and ability to see a better, more inclusive tomorrow, not to mention his exceptional organizational and communication skills, persuaded the Forbes judges,” said Dr. John Tedstrom, Founder and CEO of NextGen Leaders.  “I was pleased to nominate him based on his participation in the NextGen Leaders program and to explain how his LGBTQ identity helps inform his vision, order his priorities and shape his personal leadership style.”

“I am deeply humbled and incredibly honored to be joining a class of such incredible superstars. For years now, I’ve excitedly watched as friends and colleagues have made 30 Under 30 and it’s surreal now to have made the list myself”, said Michael. “Growing up as a gay kid in a conservative town like Colorado Springs, I never could have imagined where my life would end up today, but I’m so incredibly grateful that with hard work and perseverence, these types of dreams do come true.”

NextGen Leaders is proud to stand with the Transgender community, this month and every month, year in and year out.  As the march toward full equality moves forward, we celebrate the vision, commitment and courage of countless Transgender people who lead and elevate us all just by being who they are.  Yet along with progress, set backs seem almost inevitable. Recent efforts to pull back basic civil rights have had a chilling effect on the lives of people who want nothing more than to live 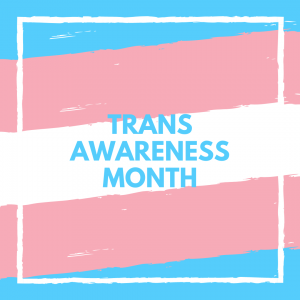 their truth, be treated fairly and to serve their communities and their country with dignity and excellence.  Worse, 22 Transgender Americans, the majority of them trans women of color, have been brutally murdered already this year.

We believe that America, and all Americans, are better than that. We believe in the many trans and gender nonconforming Fellows and Alumni who have passed through our programs and are part of a vibrant network of leaders.  Going forward, we will redouble our commitment to Trans equality and look forward to expanding our work with partner organizations across the country so that every Trans person can become the leader they were born to be.

Our Leadership Lab for Young LGBTQ+ Professionals is designed especially to give you the skills, network and inspiration you need to expand your contributions to your team, organization and community.

Our Lab will be conducted on a virtual platform with plenty of time for networking with 100 other Young LGBTQ+ professionals from around the country as well as NextGen alums from previous years.  If you are accepted into the program, participation is free.