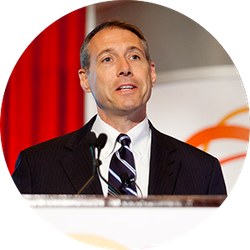 John Tedstrom, Founder & CEO of NextGen Leaders, has held senior positions in government, civil society and the private sector, integrating issues of national security, economics, and social justice. Prior to founding NextGen Leaders, John formed the advisory firm Tedstrom Associates, which advises businesses, government agencies and philanthropic foundations on LGBTQ equality and related matters.  For seven years, Tedstrom Associates was the “firm of record” for The Coca-Cola Company on LGBTQ issues.  Other clients included iconic brands such as the National Basketball Association and U.S. State Department.  John served in the White House where he advised President Clinton on Russia, Ukraine and the Newly Independent States. Following his government service, he founded and led major international organizations fighting HIV/AIDS and other global health challenges. Earlier in his career, Dr. Tedstrom directed research and taught economics and national security policy at RAND and Columbia University’s School for International and Public Affairs.

Dr. Tedstrom is director and chair emeritus of the LGBTQ Victory Institute board of directors.  He also serves on the boards of Equality California and the Global Business Coalition for Education. He has lived in Munich, Moscow, and Kyiv, and earned a Ph.D. in international economics and Russian studies from the University of Birmingham, England. He is the author of scores of academic articles; his book, Socialism, Perestroika and the Dilemmas of Soviet Economic Reform, was published in 1990. He is a Chopra Center Certified meditation instructor.

In addition to our Core Faculty, NextGen Leaders benefits extensively from a diverse group of committed and engaged leaders who serve on our Advisory Board.

Our Leadership Lab for Young LGBTQ+ Professionals is designed especially to give you the skills, network and inspiration you need to expand your contributions to your team, organization and community.

Our Lab will be conducted on a virtual platform with plenty of time for networking with 100 other Young LGBTQ+ professionals from around the country as well as NextGen alums from previous years.  If you are accepted into the program, participation is free.